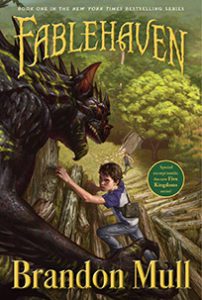 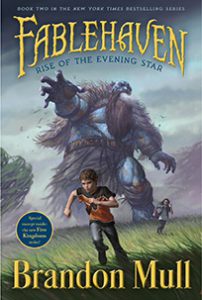 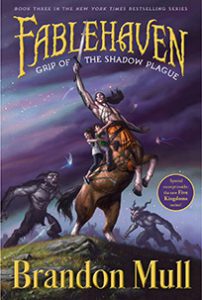 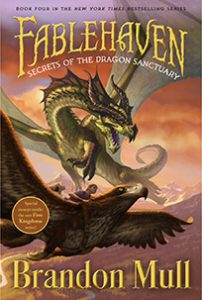 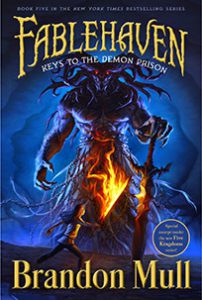 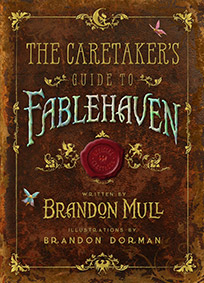 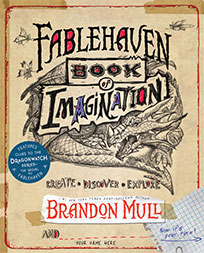 For centuries, mystical creatures of all description were gathered to a hidden refuge called Fablehaven to prevent their extinction. The sanctuary survives today as one of the last strongholds of true magic in a cynical world. Enchanting? Absolutely! Exciting? You bet. Safe? Well, actually, quite the opposite . . .

Kendra and her brother Seth have no idea that their grandfather is the current caretaker of Fablehaven. Inside the gated woods, ancient laws give relative order among greedy trolls, mischevious satyrs, plotting witches, spiteful imps, and jealous fairies. However, when the rules get broken, an arcane evil is unleashed, forcing Kendra and Seth to face the greatest challenge of their lives. To save her family, Fablehaven, and perhaps the world, Kendra must find the courage to do what she fears most.

Fablehaven: Rise of the Evening Star

At the end of the school year, Kendra and her brother, Seth, find themselves racing back to Fablehaven. Grandpa Sorenson, the caretaker, invites three specialists — a potion master, a magical relics collector, and a mystical creature trapper — to help protect the property from the Society of the Evening Star, an ancient organization determined to infiltrate the preserve and steal a hidden artifact of great power.

Time is running out. The Evening Star is storming the gates. If the artifact falls into the wrong hands, it could mean the downfall of other preserves and possibly the world. Will Kendra learn to use her fairy gifts in time? Will Seth stay out of trouble? Can they overcome paralyzing fear?

Fablehaven: Grip of the Shadow Plague

Strange things are afoot at Fablehaven. Someone or something has released a plague that transforms beings of light into creatures of darkness. Seth discovers the problem in its infancy, but as the infectious disease spreads, it becomes clear that the preserve cannot hold out for long.

In dire need of help, the Sorensons question where to turn. The Sphinx has always given sound advice–but is he a traitor? Inside the Quiet Box, Vanessa might have information that could lead to a cure–but can she be trust?

Meanwhile, Kendra and members of the Knights of the Dawn must journey to a distant preserve and retrieve another hidden artifact. Will the Society of the Evening Star recover it first? Will the plague eclipse all light at Fablehaven? Find out in Fablehaven: Grip of the Shadow Plague.

Fablehaven: Secret of the Dragon Sanctuary

Brace yourself for a shocking secret.

Two hidden artifacts have been found. Three more remain unrecovered. More preserves face destruction as the Society of the Evening Star relentlessly pursues new talismans. Reading in Patton’s Journal of Secrets, Kendra learns the location of the key to a vault housing one of the artifacts. In order to retrieve it, the Knights of the Dawn must enter a death trap — a dragon sanctuary called Wyrmroost. The mission cannot proceed without stealing a sacred object zealously guarded by the centaurs. Anybody seen Seth?

The race is on to acquire all five of the artifact keys to the great demon prison. Will the Knights of the Dawn conquer Wyrmroost? Who can stop the Sphinx? Can Vanessa be trusted to help? What artifact will be found next?

Fablehaven: Keys to the Demon Prison

After centuries of plotting, the Sphinx—leader of the Society of the Evening Star—is after the final artifacts needed to open the great demon prison, Zzyxx. If the legendary prison is opened, a tide of evil is certain to usurp control of the world.

In an effort to intercept the final artifacts, Kendra, Seth and the Knights of the Dawn race to strange and exotic preserves across the globe. The stakes have never been higher. The risks have never been more deadly.

In this explosive series finale, allegiances will be confirmed and secrets revealed as the forces of light and darkness collide in a desperate, climactic battle to control the keys to the demon prison.

The Caretaker’s Guide to Fablehaven

You may have read about centaurs and satyrs, fairies and fog giants. But have you actually seen them? Now you can. And you won’t even need to drink the milk! With The Caretaker’s Guide to Fablehaven, caretakers-in-training can visually identify a river troll, a flying stag, a swamp hag, and dozens of other mystical and magical creatures. Witness the majesty and brawn of Celebrant, the King of Dragons or discover how to view the blinding beauty of the Fairy Queen.

And if you have really sharp eyes try to locate the fairies inside this book. They will give you clues to many of the creatures and artifacts that will be found inside the new series Dragonwatch— the sequel to Fablehaven. That’s right! Discover what Kendra and Seth do next. The Dragonwatch series is available now!

Unlike the other Fablehaven books, this one is half-finished. . . . The missing ingredient is you! Begin by writing your name in the space provided on the front cover. Then get ready to write, draw, solve, and create, guided by the many activities inside, including an origami Raxtus dragon. The secret world of enchanted preserves is waiting for you to jump in–just make sure to avoid any deep pools filled with naiads!

“Featuring plenty of heroism and hilarity, Fablehaven: Rise of the Evening Star is rich in creatures, magic-working, and hard-fought battles…”
— Kirkus Review

“Imaginative…Kendra awakens a fairy army in a fierce scene worthy of the Lord of the Rings . . .”
— The Los Angeles Times

“Imagination runs wild in Fablehaven. It is a lucky book that can hold this kind of story.”
— Obert Skye, Author of Leven Thumps and The Gateway to Foo

“The Fablehaven series is one of the most enjoyable fantasies I’ve read in the past few years. I only wish I could have read it when I was ten or twelve.”
— Christopher Paolini, Author of Eragon

“There has been an explosion of children’s fantasy trying to follow in the footsteps of Harry Potter. Fablehaven is a worthy addition to the crowd. . . . a fun and exciting adventure!”
— Sam Lubell, SFRevu

“Every bit a ‘page turner’ as the Harry Potter books! This story is so compelling and so well written you’ll find its magic working on you as well, completely taking over your ability to put the book down, even for a moment.”
— Holly Newton, Columbia Daily Tribune

“Fablehaven is a solid piece of work that could stand in the same company as the early Harry Potter books.”
— Scott Iwasaki, Deseret Morning News

“The Fablehaven series is generating buzz as a contender in the fantasy-adventure genre to replace the Harry Potter franchise.”
— The Hollywood Reporter